Timing and near misses 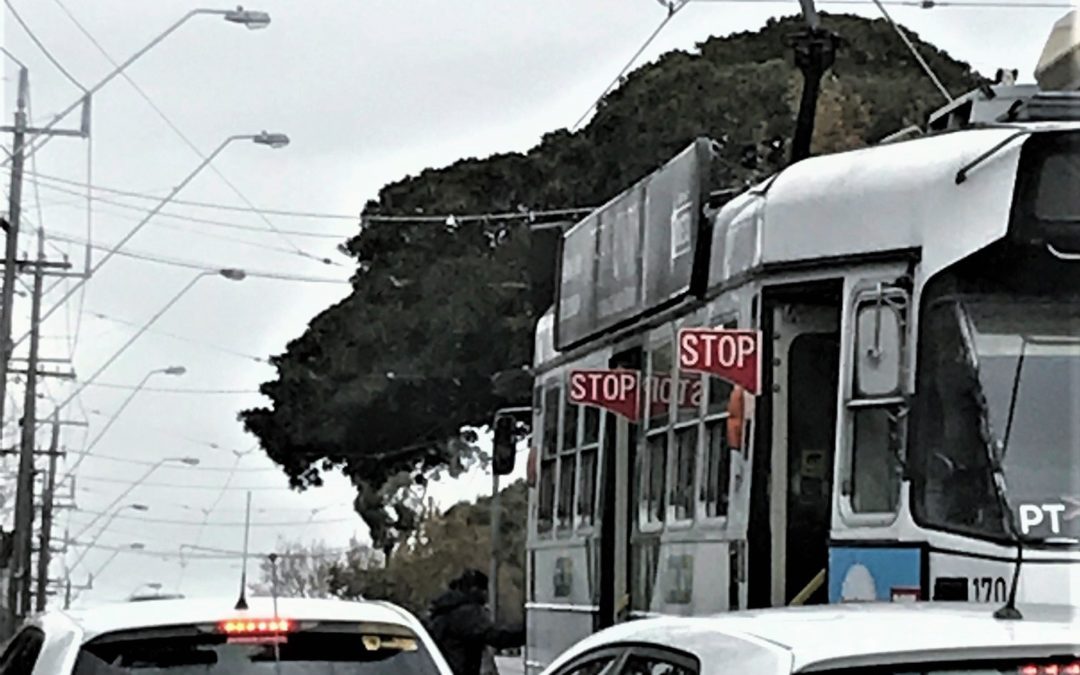 When disaster strikes, we don’t just hear about the tragedy. We also hear survival stories, and and learn of the near misses.

The people who would have been on the train, but were delayed. Those who decided at the last minute to take the next flight. Or to wait a bit longer before crossing London Bridge on their way home the night of the terrorist attacks.

You might have read that recently, I wrestled with letting my daughter travel home from school on public transport. I wanted her to have some more practice – she insisted she was ready. I agreed reluctantly to her request, she commuted successfully and arrived safely back home that afternoon. It was a Tuesday.

On Wednesday, I met her at the tram stop, waiting a little way back to make sure that the tram was stopping at her (or another passenger’s) request and not because the driver had spotted me. All went well. Dancing Wombat was waiting at the back door, ready to step off. She checked for cars, the cars stopped, and the sun shone.

So we planned to repeat the pattern the following day. Morning – check. All went well. Afternoon? I waited at the tram stop again. And watched. The tram pulled up, with my daughter ready, first in line to get off at the front door. These steps are narrow and steep. She was watching carefully as she got off. I was watching too, especially that white sedan which was coming from behind the tram and was going to stop… was about to slow down… surely it would stop now? The tram had been stationary for several seconds…

The driver was going straight through the stop just as my girl was stepping off the tram onto the road, head down as she watched her footing.

I ran forward waving my arms, yelling as loudly as I could over the traffic noise at this busy intersection. “Stop, stop! Stop!”
Could she hear me?
“STOP!!!!” I screamed.

My daughter turned her head this way and that, picking up the sound of my voice and looking to see where I was. Thank goodness she stopped, just as the car went straight past her.

The tram driver rang his bell furiously, but that did nothing. As the young driver went past, she suddenly seemed to realise her potentially fatal error, her hand going to her mouth in shock.

Talk about timing. In a way, the timing was good. I was there, and able to stop my daughter from stepping out as the car drove through the tram stop.

But was the timing also bad? Was I expecting too much of her?

That split second that can shatter confidence – or worse

The next day, I waited for her again. Shaken by her experience the previous afternoon, she hesitated before getting off the tram – so long, in fact, that the waiting driver started to go past the tram, even though the tram doors had not shut.

Passing a stationary tram when its doors are open is illegal. I wonder how many drivers know this.

Certainly, on trams lacking fold-out “Stop” signs, it can be hard to tell whether the doors are open or shut. So you need to pay extra attention to the flashing orange lights on the side of the tram.

This driver was clearly not paying sufficient attention.
Or she just got impatient.

I actually had to run out onto the road, this time waving my arms at the driver and shouting at her to stop, while pointing to the open tram door and my daughter waiting at the top of the steps, hesitant and now even more fearful about getting out.

Only a couple of days previously, my daughter had been looking forward to travelling independently on public transport to school, instead of using the school bus. Now, she was questioning her ability and wanting to get back on the bus. Her confidence, built over hours, days, weeks – months – of travel training sessions, had taken a dive.

“I think I’d better not do this,” she confided to me. “I want to go on the bus next week.”

Being hit by a careless or reckless driver is not reserved for those with special needs. A friend of a friend was badly injured by a driver who sped through a tram stop as she was leaving the tram. I’m sure that if you’ve used Melbourne’s trams, you’ve had this experience. And this awful adrenaline rush of a brush with death is not reserved for tram passengers. Earlier that afternoon, as I was crossing a pedestrian crossing on the green light, a car drove straight through in front of me.

Is it just my imagination, or is driver behaviour is getting worse? It seems to me that drivers are more impatient, more aggressive and more distracted than ever before. Are our fast-paced lives feeding into our behaviour as drivers? I don’t know – it’s a murky area. Awareness-raising campaigns sound great, but studies indicate that on their own, without enforcement measures, they aren’t sufficient to change behaviours.

We need better mechanisms on trams to alert drivers that the trams are stopping, combined with roadside alert systems like visual rumble strips telling drivers to stop. New trams have cameras installed to photograph the licence plates of drivers who don’t stop for the tram, but that’s cold comfort for the person injured or killed as a result. And they’re only on the new trams, not retrofitted onto older trams.

Technology plays a vital safety role but but it hasn’t been rolled out far enough or fast enough to rely on where human behaviours let us down.

Similarly, the platform stops installed with marked pedestrian crossings will help, but they’re not suitable for every stop on every route.

The Yarra Trams “Beware the Rhino” campaign reduced pedestrian knockdowns by about 27 per cent and reduced by 55 percent serious collisions between trams and vehicles. Clearly, this multi-award winning campaign has had some impact. The campaign has taken a long-term, multi-pronged approach, starting out encouraging passengers to be alert around trams, moving to tackling car-tram accidents, then to encouraging passengers to hold onto rails and handles in trams. 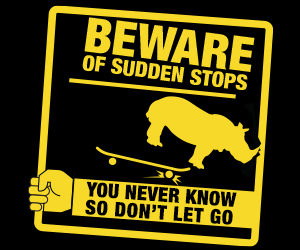 Part 3 of the ‘Beware the rhino‘ campaign focusses on passenger safety.

It would be great if this “Rhino” campaign moved to a fourth phase, looking at the “rhino” comparisons for a car hitting a pedestrian moving between the tram and the footpath. Despite the Rhino campaign’s emphasis on passenger safety, there seems to be little focus on the dangerous journey between footpath and tram, and I have found none on driver behaviour in relation to passengers around tram stops. Interestingly, on Yarra Trams’ Passenger Safety page, under “Beware the Rhino”, car drivers are advised to check for trams – but not for pedestrians.

Finally, as drivers ourselves, we need to be aware of how we drive around trams and encourage everyone we know to be more aware, accountable and honest about our own behaviour. A little more patience, waiting that little extra time – seconds, at the most – can make a critical difference to someone’s life.

It’s all about the timing.

It’s time for all these elements to come together.

P.S. Dancing Wombat was back on the tram today, starting to get her mojo back. But she still hesitated at the door before getting out, delaying the passengers behind her. Timing! It still took my urging before she was game to step out into the road. Practice, practice, as with everything. Two steps forward, one step back.