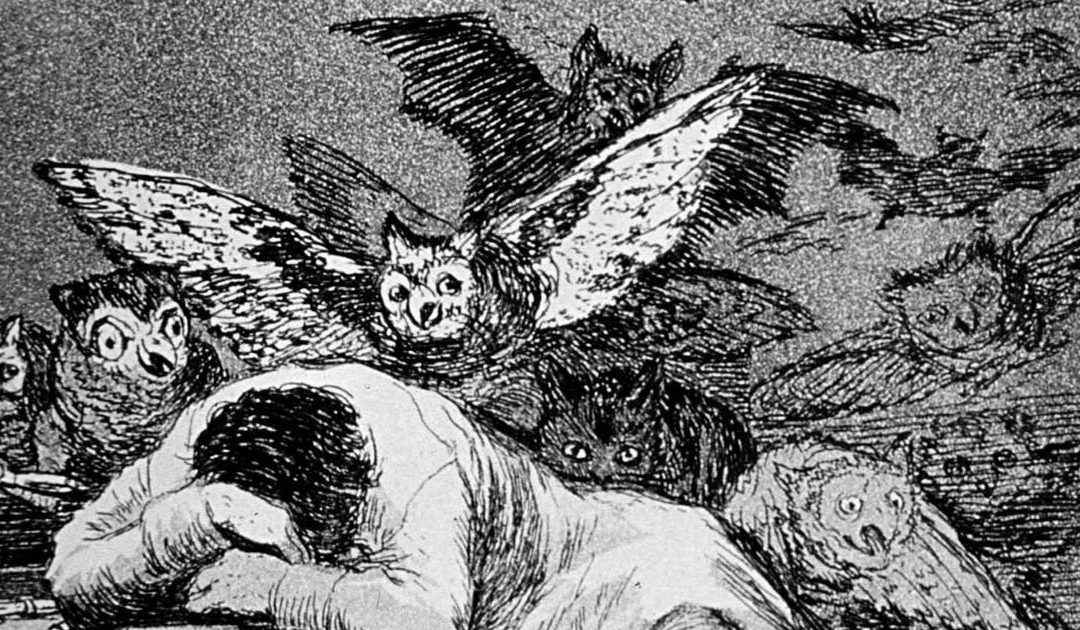 The anxiety monster is a terrible beast.

It’s nebulous, amorphous, and insidiously destructive. Like fog, it can envelop a person completely, yet when they lash out against it, there’s nothing there. Nothing concrete to grasp. How do you fight what you can’t name?

I have never experienced such anxiety myself. But as a mother, I have seen three of my children – those with ASD – held back by it, and even crippled by it. One child whose anxiety can seem to border on OCD. Another sometimes can’t muster the emotional resources to face the world. One is anxious about getting older and taller because he feels that adults suck all the joy from his life and he doesn’t want to become one.

Anxiety affects people in different ways. They can shut down emotionally and lash out physically and verbally.  They can react in extreme ways. The most basic living routines assume titanic proportions – and they’re negotiated as successfully as the Titanic negotiated the iceberg.

Anxiety is often co-morbid with autism, which makes sense – in a sad sort of way. With my kids, it seems that more often than not anxiety drives their extreme responses. In fact, Tony Attwood suggests that what we think are routines and rituals associated with ASD are perhaps better associated with anxiety (which itself can stem from ASD-related challenges). Routines and rituals provide some stress relief – until they become one of the causes of anxiety, because they can’t be carried out or completed.

Identifying anxiety and its effects

While many learned papers and books have been written on this subject, I suspect that identifying anxiety is extremely subjective, according to the person and the circumstances.

In Wombat world, messy rooms, undone homework, poor sleeping and eating habits can all be signs of anxiety. Clumsiness, tripping over, dropping what you’re carrying, misreading things. The little mistakes we all make under stress can point to anxiety. Then there’s the child who seems both sad and angry, but can’t quite identify the causes. The forgetful child. The disorganised one. The one who screams abuse at you as a convenient scapegoat when he can’t find something. The one who can’t commit, because that entails responsibility and that’s too much to cope with. The one who frets about something not being in quite the right position.

Anxiety affects people in different ways. They can shut down emotionally. They can lash out physically and verbally.  They can react in extreme ways to the smallest things. Nothing seems to matter yet everything matters. The most basic living routines assume titanic proportions – and they’re negotiated about as successfully as that great ship negotiated the iceberg. Just getting out of bed is a major effort, let alone getting through a day of school. And if school is tricky already because you’re trying to negotiate the “social curriculum”, well, it just got a whole heap harder.

After she had run about five litres of cold water down the sink, I decided that was enough. I thanked her for rinsing the bowl and said I’d wash it properly in hot soapy water, with the other dishes. She wanted to finish the job. I didn’t want to waste any more water.

It was a stand-off.

Perhaps I should have let her wash the blasted bowl again – what’s a few litres of water? But this was also about teaching her to listen to – and follow – instructions. I finally took the bowl, washed it swiftly with hot water from the freshly-boiled kettle, dried it and put it away. She tried to rescue it from the drawer. Full marks for persistence. So I stood in front of the drawer, blocking it. This distressed her, and her verbal barrage began.

She managed to extract the bowl from the drawer. I took it from her again and zipped it up in my pocket. Her questions began afresh. Both her brother and father then weighed in, in the nicest possible way, but by this point, I was trying to ignore her – having answered her questions multiple times. Keeping the matter alive by giving it more oxygen wasn’t helping. She ended up having a quiet, teary meltdown and flounced off to her room, where she was going to worry about the damn bowl all night.

Dealing with anxiety can require a complete re-think of how you parent. Parenting by “consequences” seems logical, but when the consequences mean nothing, the method is useless. Sometimes, the person literally will not “move on”.

Anxiety can be a loud, aggressive monster, or a quiet, withdrawn mouse. There can be verbal tirades, physical consequences, avoidance of routine expectations, and complete emotional shutdown. The person seemingly out of control is trying to regain it, but their methods aren’t necessarily appropriate, or successful. They’re trying to respond to a situation of extreme stress – the anxiety – and logic just doesn’t get a look in. Like imagining Donald Trump at a Greenpeace rally, it isn’t going to happen.

Until you understand what’s driving the emotion, you have to ride its wave, or avoid being knocked over by it. More traditional methods of handling these situations just don’t work.

I’ve found that it’s important to take a step back and resist pouring oil on troubled waters. Proving a point is not the goal. Restoring calm is. Assess the situation. Support the anxious person. Be there for them. If the situation is inflamed, perhaps remove yourself. Don’t be judgemental. Provide food and drink – without comment. Be sympathetic.

Being a “fierce friend”

In Tricky Kids, child psychologist Andrew Fuller writes of a concept from Buddhist philosophy called “fierce friendship”. I really like this idea, as it encapsulates how I feel about my children. He writes that, as a fierce friend:

“What you are really saying to your child is, “Whatever happens, I will not give up on you.”

This does not mean giving in to your child’s every whim. In fact, it can be the opposite. But it means that you can be relied on, and will always be there for them. He writes:

“Being your child’s biggest supporter means focusing more on [their] strengths and positives than [their] irritating] behaviours.”

This is particularly important when you have an anxious child.

There’s no easy answer – I wish there was. You can be doing all the “right” things as a parent or carer, and it still mightn’t address the underlying anxiety. You worry for your kids. You worry if there’s something more you should be doing. But here are a few things to keep in mind:

So, be encouraged, and until next time, Happy Wombatting!