Therapets – a CATalogue of happy surprises 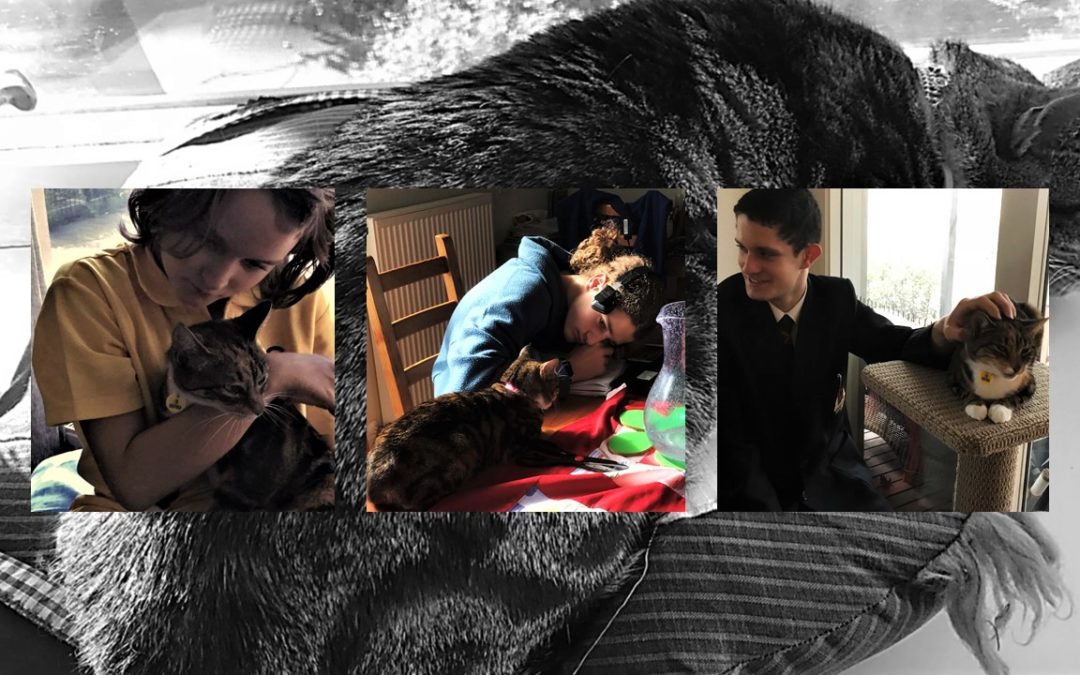 “Well, he’s a different child! The contrast between last term and this term is incredible.”

Having looked in horror at some of my youngest’s recent school work, I’d felt it was time for a quick catch-up to see how he was tracking more broadly. With Year 7 looming ever closer, I had added “Is he keeping up?” to my list of “Things to worry about”. So I listened with a combination of amazement, relief and pleasure as the teacher outlined how he was now engaging at school, compared with last term.

“Are you noticing any difference at home?”

Oh, yes. For sure. And not just with my youngest, but for all the children – and we parents as a result. All hail the power of the therapet! 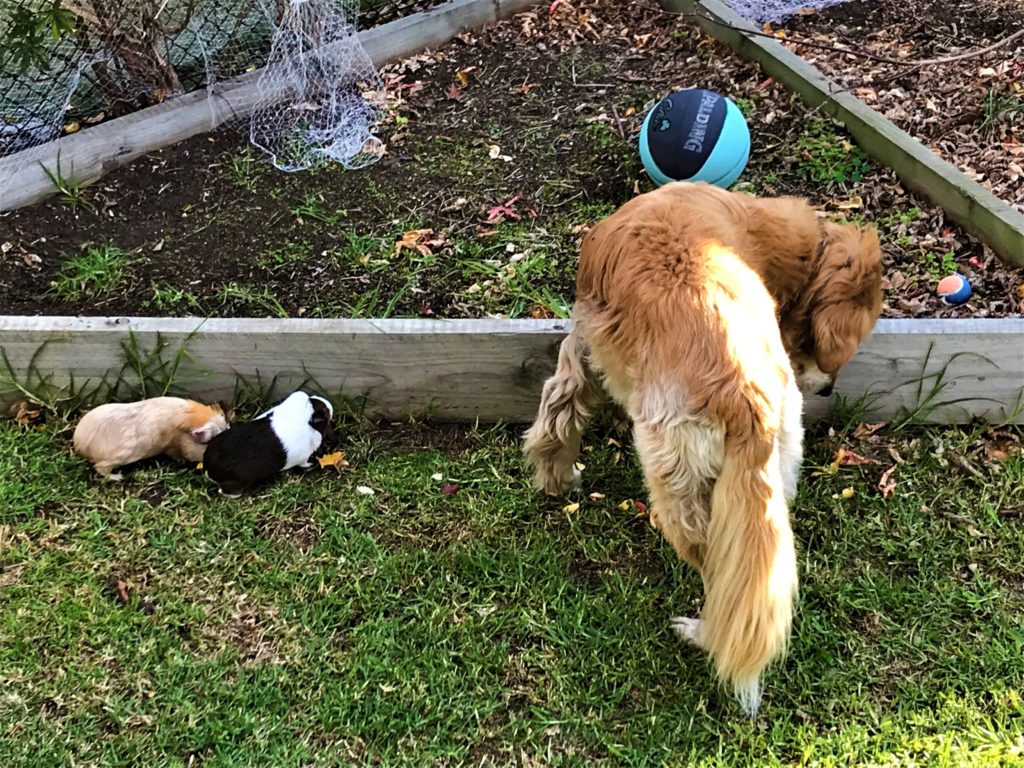 Our world has not collapsed since Ruby the cat came into our lives a couple of months ago. Our dogs still love us. Our furniture is still intact and – as Ruby is strictly an inside cat – the local wildlife is safe from her potential predations. In fact, our world is just a little calmer and a modicum more manageable with our green-eyed slinky stress ball on legs.

We ended up with a cat because our youngest felt that it would help him with “everything”. That was as much detail as he could muster. However, knowing the struggles that our oldest Aspie has experienced, and witnessing the increasing frustrations of our youngest Aspie as he wrestled with the way the world worked, we were prepared to try just about anything if it would help him. Ultimately, if this meant adding another animal to the menagerie, so be it.

Neither I nor my husband had wanted a cat. But we were open to the force of the arguments for, and have adapted very quickly since.

I’m reluctant to attribute all the changes over the last two months to Ruby. There has probably also been a certain amount of growth and maturity in there as well. However, the changes for my youngest have been so significant that Ruby should probably take credit for most of them.

The scope of change since Ruby’s arrival has been broad. Yes, there are still melt-downs. There are still struggles. The change didn’t happen overnight. But more of the basics are starting to fall into place, such as our boy: 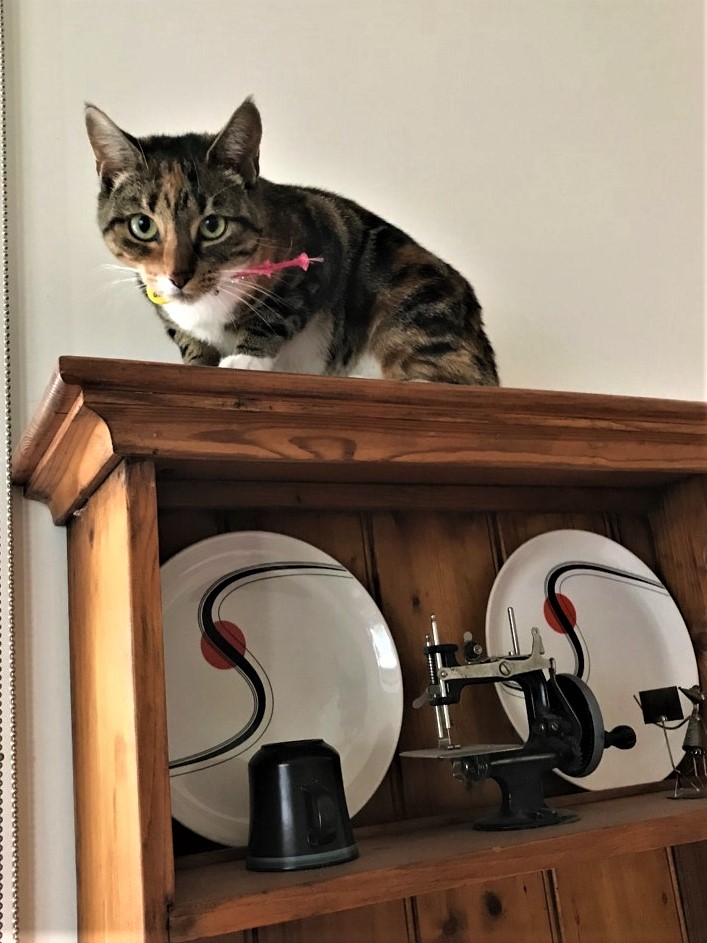 Another bonus has been increased interaction between our oldest and youngest boys. Our oldest now visits the youngest in his bedroom – where Ruby sleeps – to pat her and play with her. She provides a common focus for conversation, in a way that my oldest’s passion for trains has not. They play with her together, and laugh together at her antics as she gallops away from shadows, or chases the light they shine on the floor. The oldest also now comes in to say “Good night” to Ruby, providing another opportunity for incidental interaction with his brother.

The oldest has also enjoyed the sheer relaxation of patting Ruby when he’s stressed – or even when he’s not. Whether it’s proactive or reactive, it’s soothing to pat her sleek, smooth and incredibly soft coat.

Even Freerunner boy, who was most ambivalent about getting a cat, has been spotted with her lying on his lap, while watching parkours videos on his computer (or maybe he was doing his homework?).

Ruby’s movements are still a little unpredictable for my daughter. However, they provide her with another focus for conversation and a source of amusement as Ruby does her “galloping cat” routine, or tries to sneak onto the kitchen table or bench in search of tidbits.

Recently, I shared our feline progress with a close friend of mine.

“How’s it going with the cat?” she asked me eagerly, a couple of weeks after we adopted Ruby.

“Well, it’s actually going really well!” I told her. “It’s been much easier than I anticipated. Ruby has settled very quickly, and I really think it’s making a difference with the youngest.”

“I love cats,” she said. “And daughter number two would really love one. She thinks it would help her deal with things. But her dad doesn’t want one.”

Here was an opportunity to evangelise! I jumped right in.

“Well, let me tell you, neither did my husband. But things were getting so hard for our youngest, that we really had to consider it seriously.

I disclosed how I’d reduced it – reductio ad absurdum – to vet bills vs psychologist bills and which I preferred. Neither I nor my husband, I reminded my friend, had wanted a cat. But we were open to the force of the arguments for, and have adapted very quickly since. I urged her to share with her husband our experiences and changing attitudes. The value of our kids’ mental well-being is immeasurable. If it takes a cat…well, why not?

A day or so later, I laughed to receive her text seeking a refresher on my pro-cat arguments. Then follow-up texts, as the search process was clearly getting underway. Within a fortnight, my friend had a cat. I’m catching up with her soon to find out how it’s all going.

My youngest has been saving his pocket money for a Lego set. He informed me this week that he was now saving to get a second cat. He wants one that is more amenable to cuddles on his terms. Ohhhh…

Having a cat or a dog is expensive. But therapets don’t have to be big to be valuable and smaller animals don’t seem to require the same cost outlay.

I reminded him that a second cat came with more food, more litter and more vet’s bills. He thought about this for a few minutes, then suggested that if he paid for the extra food and litter, could we cover the vet?!

Having a cat or a dog is expensive. The initial purchase is the smallest part of the cost. Vets cost significantly more than a trip to your local GP. So, affordable, effective options need to be available.

Happily, therapets don’t have to be big to be valuable, manageable, and loved equally well.

Smaller animals don’t seem to require the same cost outlay. We never saw a vet for our rabbit or guinea pigs when I was a child, and haven’t needed a vet (except for end-of-life purposes) for any of our guinea pigs either. I know of two families whose pet rabbit lived indoors, like a cat. I discovered that rabbits can be toilet-trained to use a litter. Also, they don’t have scratchy claws like guinea pigs.

I will consider the possibility of a second cat. However, I want to extract as much as I possibly can from the first, while also reminding my crazy cat boy of the very real costs (of both money and time) of pet ownership.

Watch this space. We might just end up like Noah’s ark, with the animals in twos: two dogs, two guinea pigs, and two cats.

Meanwhile, if you are thinking about a therapet, I encourage you to pursue it. Ours have brought tangible benefits for our children’s engagement both in and out of home. They help our Aspies regulate their stress levels, and that helps decrease stress for EVERYONE. This is A Good Thing, people!