Screw your courage to the sticking place 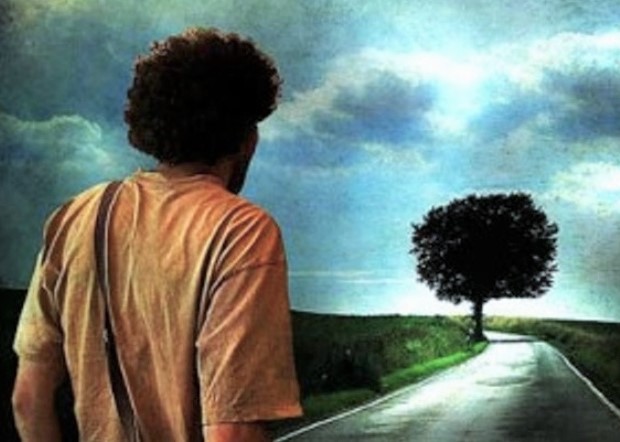 My oldest son made a courageous decision, a few weeks ago, to return to schooling.

He was courageous, because he really didn’t want to do it. He came to this decision reluctantly, begrudgingly…and two weeks into the beginning of term.

He was courageous, because he was prepared to start at a new school and start late, with everything that would entail. And he was courageous because this decision brought with it significant change, which he admits he finds challenging.

I am extremely proud of him for making this decision and acting on it. On one level, I’m pleased that he’s gone back to school. But beyond that, I’m proud that he completely owns his decision. Whatever the experiences and thought processes that led him to this point, he had the courage to reflect on them, examine himself and reach a conclusion which meant following a pathway he’d previously disdained.

If you studied/endured Shakespeare in school or were grimly thrilled by film adaptations, you’ll know that Lady Macbeth is the gutsy one while Macbeth himself lacks initiative, not least when it comes to cold-blooded murder. She tells him to get his act together, saying: “Screw your courage to the sticking place, And we’ll not fail.”

Shakespeare’s ‘screw’ metaphor is apt. “Screwing something” is a process that’s often difficult to start and gets harder as you approach the end. Whether tightening a tuning peg or the cord of a cross bow (some of the things being screwed in the sixteenth century), you need to get to the end – the “sticking place” – for the instrument/tool/whatever to fulfill its purpose. If you’ve ever tightened a guitar string, you know that if you screw it too tight, you snap the string. Too loose, and the guitar isn’t in tune. In his work around trains, from full-sized steam locos to model engines, my son understands well the need to tighten screws to their “sticking place”.

It’s one thing when you acknowledge in the abstract that something will be difficult, like beginning at a new school. But it’s quite another to actually front up on your first day and dive into the deep end of that newness, the expectations, the things that don’t fall into place as planned, the everything else. Then process it all, bounce out of bed the next morning as though everything were hunky dory and “Hooray, it’s a new day!”.

Nup – not going to happen. And why should it? By definition, things that require courage to accomplish won’t be easy.

I’m sure that my kids don’t get the impression that life should be easy from me. Yet my youngest boy tells me that life is supposed to be easy. My oldest, in the throes of managing the supremely difficult, understandably wants things to be easier.

I think the media deserve some of the blame. The bombardment of images of financial success, impossibly gorgeous people, the acquisition of goods because “you deserve it”, the newest, biggest, best of everything topped up by leisurely holidays in a tropical paradise – it must have an effect on people.

However, in everyday life, rewards aren’t guaranteed, nor easy to obtain. Success doesn’t always come to those who work hardest. Luck skews the game of life.

Consequently, when the message from the surrounding culture is that life should be easy, it’s actually going to be harder for anyone who has swallowed that snake oil. When their expectations aren’t met, they won’t be looking within themselves for answers.

From Macbeth to Survivor

For my son, the first few days back at school must have felt like a worst-case scenario from Survivor. Topped off with a perpetual cold (finally diagnosed as chronic sinusitis – yes, I was wrong. Not allergies, not poor diet or lack of sleep leading to constant colds), thrown in the deep end with difficult subjects, my son was starting to regret his change of heart.

We, his anxious parents, were desperate to support and encourage him through the first and hardest bit. To help him hang on until his own courage was fully screwed to the sticking place or at least until he’d really given things a red-hot go.

Getting root-bound in your pot

In trying to help him manage over those first harrowing days and manage ourselves, I found myself thinking about gardening. Unlike me, my son is not one for metaphorical language. But it helps me help him.

A seedling in a pot will flourish, but only for so long. Eventually, it needs to be moved to a bigger pot, and eventually, out into the garden. If it isn’t, the plant will start to wither and die, because there is no room for its roots to spread. Its lush, green foliage yellows, before withering away. I’ve removed plants from pots with almost no earth left in the pot, simply a tangled mess of worm-white roots which have grown down to the bottom then grown all the way back up to the top. The pot, once its protection, has become its prison. 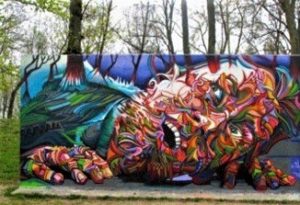 The gardener then has two options:

Then, you need to wait. The plant needs time for its roots to spread out and draw in the nutrients from the surrounding earth. You can’t watch for a day to see whether the plant looks perkier and move it somewhere else if it’s not. Sure, sometimes a plant isn’t in the right place but only time will tell.

If I were a plant, that would be an incredibly painful process. I know that it hurts me to stretch out my arms and legs after they’ve been cramped for an extended period. Stretching out to their full length is what they’re designed to do. But that doesn’t mean it won’t hurt! When any of us stretches before or even after exercise, it hurts – especially if we’re not in the habit of stretching.

Imagine being that pot-bound plant, and gradually unfolding your tangle of closely-grown roots. Hopefully the micro-climate in your part of the garden is right, or at least enough to allow you to recover and start growing again. Then your gardener must reassess: are you in the best position, or do you need moving? To somewhere shadier, sunnier, wetter? Or do you just need more time?

At any rate, an oak seedling will never reach its potential in a pot on your back verandah.

When I feel like encouraging my son by asking how things are going, or by prompting him gently about homework (he would say “pushing”), I refrain. It’s frustrating when he feels tired and unable to get to school. But I have to bite my tongue. He is managing enough right now. Like a plant, he needs time to readjust, before redirecting his courage into the next challenge.

We can forget how much courage our children muster to face things that we assume they can handle without blinking. So do take a moment to reflect, encourage, recognise what they’re achieving and let them know how proud you are of them. Remember, you are their water and their sunshine, even if they only choose to recognise you as fertiliser!