The hunt for grey where it’s all black and white 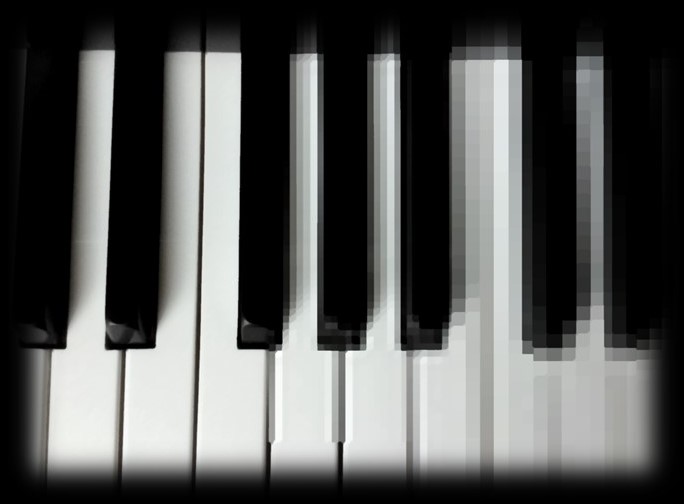 Black, white and shades of grey

Donald Trump is a man who says what he thinks. Whatever your views of the Donald, you know absolutely where he stands on issues. Well, at least until his next tweet. He’s as black and white as a piano keyboard. There are no shades of grey, no nuances. No need to try and work out whether he’s saying one thing while meaning another.

So, where am I going with all this? Where else but text analysis in Train Wombat’s English class.

Unlike decoding the US President’s pronouncements, drawing out the layers of meaning in a Year 10 novel requires careful consideration. You need to analyse different parts of the text and be able to move the puzzle pieces around to create a meaningful picture. It also helps if you have the imagination to see that meaningful pictures can be created.

This is not always easy for people whose strong points are concrete concepts and predictable patterns, rather than intuition and inferencing. Like the Aspies in my life. My darling Aspies can find it difficult to recognise how people are feeling and why they might be feeling that way.

My poor boy. It was late on Sunday night and he was wrestling with questions for an English task on the subtle, nuanced novel Maestro by Australian author Peter Goldsworthy. This Wombat is clever, quick, interested and interesting, witty, has a prodigious memory and is good at Maths, something I always struggled with. “I just can’t do inferencing,” he grumbled. “Why do there have to be so many questions about inferencing?” He counted them. It didn’t improve his mood.

Literature analysis can be challenging for any student. Trying to understand what the author intends, working out different characters’ motivations, drawing together character portraits from tidbits of information scattered throughout the text. It takes time and effort. It’s particularly tricky for those who struggle with understanding emotions and find it hard to mentally “walk in another’s shoes” in an effort to gain that understanding.

My son is a great example of someone who calls a spade a bloody shovel, and then would probably not hesitate to hit you over the head with it – metaphorically, of course! But like so many people with ASD, he is often very black and white. Shades of grey are like fog – hard to grasp, often subtle and shifting. There’s not always a “right” or “wrong” answer. And inferencing requires an ability to look behind the fog to see what’s causing it.

Tonight, at least, he shared his annoyance with me, and was open to my feeble and ultimately unsuccessful efforts to help. However, I kept running into his preconceptions.

“I’ve been through over fifty pages of the…book and there’s NO description of his parents,” he complained.

I rummaged in the desk drawer for a pad of slender sticky notes and reached for the book. “Can I have a look? There might be something that you missed…”

I leafed through the book, sticky notes on the kitchen table in front of me, pencil in hand. Sure enough, within the first few pages I began to find little gems of information that helped to describe the relevant characters. I showed him.

Oh well – it could have been worse!

“Nothing about music?” I queried. “Or anything else I might do?”
“Nup.”

Okaaay. I leafed through a few more pages and found a list of opposites that the main character, Paul, used to describe his parents. Their only common point was a love of music.

“What about this?” I asked. “This gives a physical description. And why don’t you mention their shared love of music?”
He shrugged – “That’s not a physical description” – then looked where I was pointing. “And it doesn’t say which is which. Who’s dark and who’s fair.”
“No,” I agreed. “That’s a fair point. But…(cue extra smiley face and encouraging Mum voice)…this is where you use the knowledge that you have already. So, as you know the father’s not very talkative, these words…” – I pointed – “…probably relate to him and the others to the mother.”

He still wasn’t convinced. And by now, he was also annoyed that I was damaging the book with my gentle pencil underlining and sticky labels. Time to move on.

“Okay, so what’s the next question? Why didn’t the teacher let Paul play the piano in his first lesson?”
“Because he was an arrogant #@$!”.

Hmm. This is going to be a long year. “Well, you could try writing that and see what your teacher says. But where’s the evidence? What else could it be?”

Backwards and forwards we went again, like players in a tennis match, Train Wombat swatting back every suggestion I made with a reason why it wasn’t helpful, or  wouldn’t work. It was time to take a different approach.

“Fine. How about this then. How would you feel if that was you?”
Serve. Return.
“I don’t know. It hasn’t happened to me.”
“Okay… How do you think you might feel? I mean, you’re sent to this guy because you’re really good at what you do and he’s an expert. The maestro.”

Another pause, while we discussed what “maestro” meant.

“So?” I prompted. “You rock up to the lesson and you don’t even play. He doesn’t ask you to play anything – not even scales. You don’t  talk about what pieces you might have learned, any competitions you might have won, favourite composers. You leave without playing a single note. How would that make you feel?”

Then my illusion was shattered.

“But it was 1967 in Darwin. I would have been wasting my time doing something else anyway, probably!” Smash. 40-15. My prospects are dim.
Sigh. One step forward, one step back. Time to rethink my approach, again.
“You know, you say emotions are illogical, irrational. But there are actually some general rules that you can apply to help you learn to recognise them, if it doesn’t come naturally.”

He was still listening, at least. He hadn’t yet pushed me away although I could sense his frustration. Like me trying to understand a complex maths equation that posed no problem for him, he was bamboozled by the complexities of decoding implied meaning. It is sooooo frustrating when you’re trying your hardest and you still don’t “get it”.

His final complaint: “The problem is, there’s no right or wrong answer.”

No. You know what, to some extent, he’s right. For me, that’s the beauty of it. As long as you can back up your position with evidence – ie: quotes – sometimes there can be several possible answers. But for someone seeking certainty, black or white, being told that you can have grey is not particularly helpful or even meaningful.

Often, people learn things by observing. Surely, this is the case with emotions? After all, they’re an inherent part of us. Surely it’s natural to recognise them and respond to them?

No. It’s a trap to assume this. As anyone who has ever misunderstood another person knows, all too often we assume that there is a common understanding when in fact, we have been working at cross-purposes.

Sometimes, emotions need to be explicitly taught. For even apparently illogical, irrational beasts like emotions can have common characteristics, common causes which we can teach. Like learning to identify a bird from its plumage, its nest, its size and shape, its song, perhaps even its silhouette, we can teach our children how to recognise and understand emotions and motivations from their different manifestations.

Perhaps they will regard them as an objective and mildly curious observer, rather than as an empathetic fellow traveller. Perhaps some of our kids (and older loved ones, for that matter!) will always need direct experience to develop a more detailed insight into how a fictional character or even a friend in real life might be feeling. But even if we can help them to develop a partial insight, that will help them navigate their way through the minefield of school text analysis, let alone personal relationships.

In the meantime, I have some extra study notes from my awesome teacher mother, who has taught this text many times. Hopefully this will give my son a bit more understanding, from which he could begin developing his inferencing skills.

And I’m so glad that he shared his frustrations and allowed me in, just a titch, to try and help him. Even if I wasn’t much use, at least I have a bit of an insight into one of his challenges, and I can look for other learning opportunities and strategies.

After all, literature often gives us an insight into ourselves and our own lives that we can learn from.

And on that note, until next time, Happy Wombatting!