Changing schools – from woe to woah 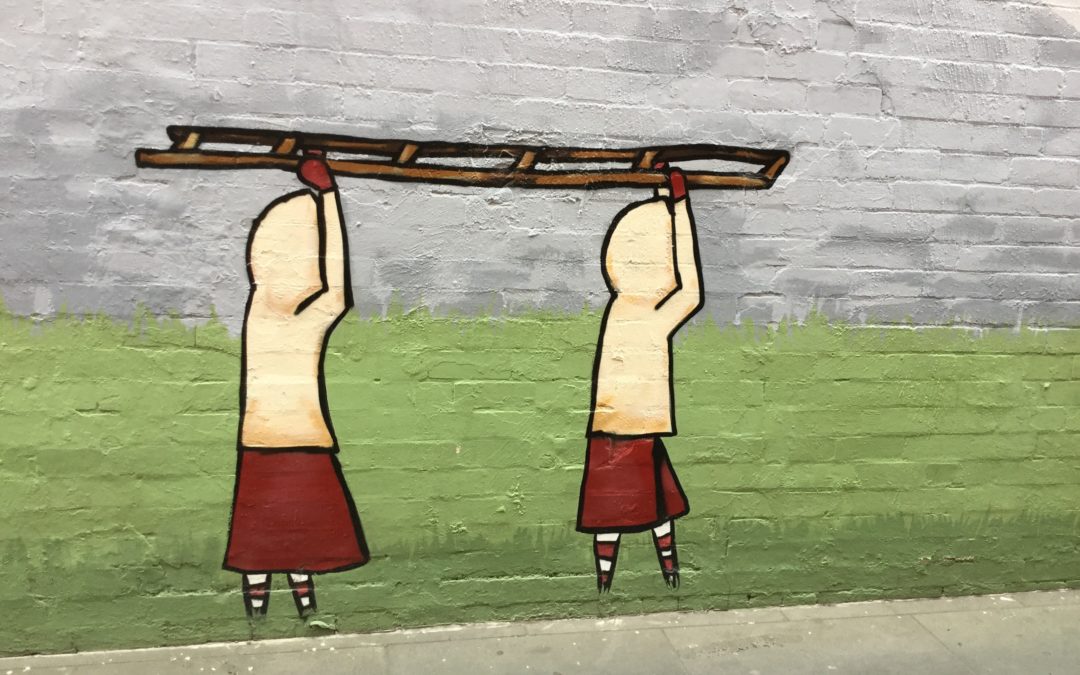 Thirteen days. Not even a fortnight. A mere thirteen days from his first plaintive request to be home-schooled to Littlest Wombat’s (LW) visiting and deciding on a new school. The following day was his last at the old school.

It seems abrupt, doesn’t it? Thirteen days. But this decision was the culmination of a long, slow burn.

To stay or to go?

Changing schools is a big decision. One school size doesn’t fit all, whatever your child’s strengths and challenges. Things don’t always go as planned, and when things don’t work out, you try to make changes. The tricky bit is often the timing: will you be pro-active or merely reactive?

Life, in all its glorious mess, is never plain sailing. And so you don’t necessarily leave a school (or a new anything, for that matter) at the first stumbling block. It’s important to learn coping strategies and develop resilience to manage in different situations. Equally, though, schools have significant responsibilities to adapt and adjust for students’ different learning, social and emotional needs.

Sometimes, though, there are things that you just can’t change – like past decisions. As LW told me many times in the course of our discussions about school, time travel is impossible.

I’ve written about moving our oldest son to the local secondary school, and how successful this was. In retrospect, we should have moved him at least a year earlier. Hindsight is a wonderful thing. Our middle boy will move to the same school next year, to an environment where he feels he’ll be more comfortable – and where he can wear his hair long!

LW, though, we had hoped to support through Grade 6 before moving him in Year 7. Yet here we are, five weeks from the end of Term 4, and he has just begun at his new school.

LW has been resentful ever since moving from his zoned primary school at the end of Grade 3.

However, despite his requests, moving him back just wasn’t an option. To start off with, we felt he needed his full Grade 4 year to adjust to the new school. But this precluded him from returning to his old school, which has a bilingual program with some classes taught in French. LW would have missed out on too much French to come back successfully. Also, many of his friends had moved on to different schools. Despite what LW thought, returning would not mean picking up the same threads.

Stupid me, though. I’d never considered a primary school out of the zone. I don’t know why. Perhaps because we’ve been dealing with a whole host of complex and energy-draining issues for another child. And Grade 5 had seemed to be going much better, with fewer struggles and LW even dressing himself…some mornings.

Then again, maybe it was simply that hindsight thing. Sometimes I feel like a complete idiot. How could I have missed the message?

Moving forwards is not necessarily progress

When kids mask the effort they’re making to just survive from day to day, sometimes we parents can miss what’s actually going on. Like the duck paddling madly beneath the surface when above she seems to be gliding serenely along, our kids work hard to manage the social agendas of the school day, not to mention everything else.

Outwardly, LW was engaged and cheerful, managing his work and happy with a few good friends. We knew that it was a huge effort – we copped all the flak at home as he de-stressed. What we hadn’t realised was that while he was emptying his “effort” cup, he wasn’t able to replenish his “resilience” cup completely.

So eventually the day came when he had nothing left to give.

How long is “long enough”? Between giving something your best effort and time to work out, and then accepting that it’s not working and never will? In trying to do all the “right” parenting things, maybe I was misreading my child’s signals. But I also wonder, in my heart of hearts, whether I was just so desperately keen for things to work out for LW, and to learn from things that hadn’t worked for my oldest boy, that I was being wilfully blind?

Play the hand you’ve been dealt

LW knew that he would move to his choice of school in Year 7. However, that was over a year away. Then we discovered that LW had now scraped the bottom of his resilience/coping barrel and had nothing left to give. He dropped the bombshell after I picked him up from camp – the beginning of those thirteen days. His first comment in the car was “I want to be home-schooled.”

Now, don’t get me wrong. The car can be a great place for conversations. But right then and there I didn’t feel I’d give him justice. Not with also needing to concentrate on Friday afternoon traffic. I said as much, and the conversation was put on the back burner. He didn’t raise it again until the following Wednesday morning.

LW: “I can’t go to school today Mummy.”
Me: (thinking about my own teaching commitments that afternoon, a school-related interview and another appointment) “Why not?”
LW: “I just can’t.”
Me: “Sweetheart, I really need you to go to school today. I can’t stay home to mind you and there’s no-one else around”.
LW: Mmmph.
Me: Here, how about I help you get ready. At least I can drive you out this morning…

That afternoon, he raised home-schooling again. It was time to talk – at least, after dinner, when the other children would be out of the way and we could have uninterrupted time.

We sat on the couch, a teary LW with his slightly shell-shocked parents, while he tried to explain how he felt

“It might seem to you as though everything’s fine, that I’m cheerful and it’s all good, but I’m just masking.”

“Masking” is not a word I’ve ever used with him. That was insightful.
And he was able to communicate some of the things that he was finding hard. This was helpful. It gave us something concrete to talk about, and plan for.

I know that many parents find home schooling a successful option. However, given other family complexities, it just wasn’t an option for us. We needed to find another school.

I explained this to LW, and assured him that there were many schools with  programs for students who learned in different ways, and also smaller schools where kids mightn’t feel as “lost” as they can in a large school.  LW sat next to me as we researched half a dozen schools, before looking at another local primary school. He scoured its website with interest, and went to bed feeling happier with the promise that I would go there the following morning, and ask about the possibility of an out-of-zone enrolment.

I hoped it was a good omen. After dropping LW at school, I went straight to the new school to make enquiries. It had a lovely feel and a fish tank in the foyer – perfect for a child with “marine biologist” on his wishlist of “Things to do when I grow up”. The school Admin Assistant had my name, with my (less common) spelling. And the principal was free for a chat. Perfect.

I gave him a potted history of why I was there and finally said, a bit tentatively, “You should also know that LW has Asperger’s”. As we’ve all experienced, this can provoke a wide range of reactions in people, especially teachers! However, the principal wasn’t at all fazed about the prospect of taking on LW. He suggested an early enrollment – if LW liked the school – so that he could settle in a little and allay some of the anxiety that we know builds in our kids over the summer holidays. Best of all for me was his comment that the teachers concentrated on social and emotional well-being of students that transitioned this late.

“Don’t worry”, he assured me. “We still concentrate on their academic work. But they’re not going to learn if they’re not feeling happy and secure where they are.”

Ain’t that the case.

That afternoon, I took LW for a roller-blade around the school. He also liked the feel of it. I had arranged a visit for the following Thursday. “If you think you’d like to move here, the principal said you could start this year,” I told him. His eyes opened wide. “That would be very good,” he murmured.

Thursday arrived quickly. The principal has a very quiet manner, and drew out from LW his dislike of shoes and socks (Me too, the principal agreed), his love of animals but fear of birds, his plans to be a marine biologist and run a prank shop and his interest in comic books – especially The Beano. A short tour around the school gave LW the chance to talk about how he’d roller-bladed there after my visit.

You know how the story ends. A place was offered and accepted, and the next week, LW began. It’s early days – literally! But things are positive so far. One day at a time.

I’ll let you know how it works out. Until next time, Happy Wombatting!