Bedtime blues and flipping the routine 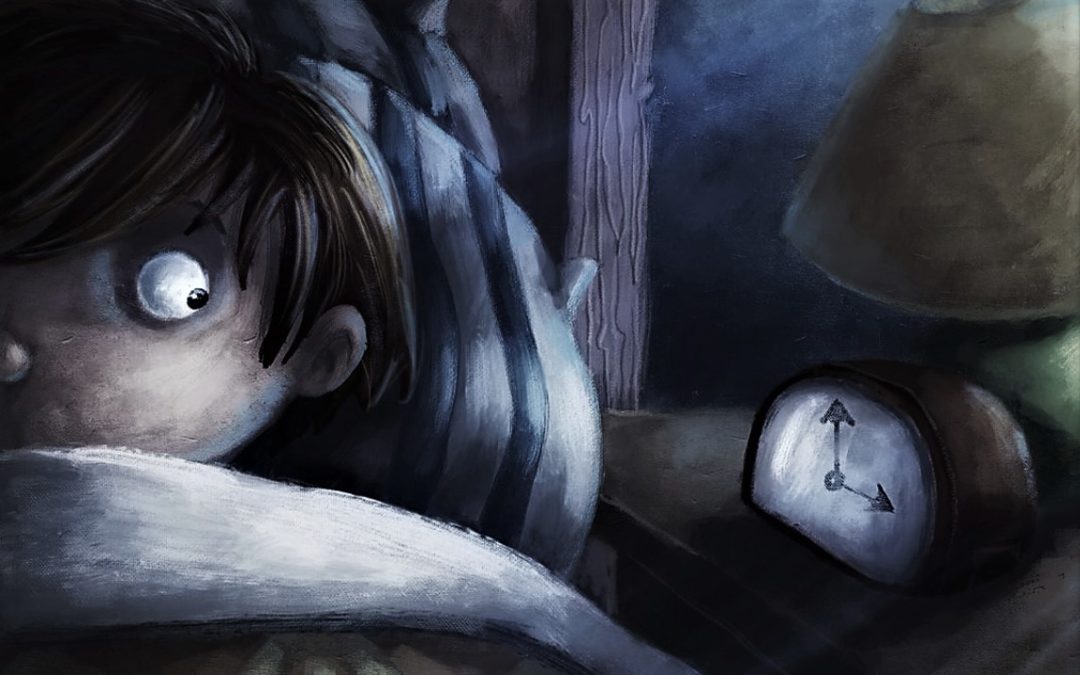 Ahh – bedtime routines. Excellent in theory and great in practice if we can actually get our kids to follow them, or when they’re not interrupted by other demands.

When we have more than one child or after-school activities to consider, bedtime routines are often more easily discussed than implemented. Then there’s the question of compliance!

And let’s not forget our own bedtime routines, we parents and carers. I can hear you nodding! My own evening is often disrupted and my bedtime delayed because my youngest struggles to go to sleep.

Whether I’m chasing him as he rollerblades around the kitchen, taking him for a post-9pm walk around the block (‘Because my legs aren’t tired, Mum, even though the rest of me is’), reading to him, or simply returning to his room for the umpteenth time after I’ve tucked him down, I can’t get onto anything properly until he’s drifting off to sleep.

Sleep problems aren’t always left behind in our kids’ infancy. However, controlled crying as a strategy eventually loses its potency (except for me…!). And different triggers for sleep disturbance wax and wane as kids grow. When he was sharing a bedroom with his older brother, it was even harder to settle my youngest, as he’d stay awake, waiting for his brother. It also made it harder for his older brother to get ready for bed if he did happen to drop off

So, we exercise our creativity and patience by trying a raft of different bedtime routines, in the hope we’ll find one that works (check out the list of readings below).

In everything I’ve read on bedtime routines (not much as I could, but I bet it’s more than my parents ever did!), I’ve found some common threads, such as:

This last point causes us the most trouble. My youngest seems to have the same magnetic polarity as his bed. It magically repels him almost as soon as he lies down and I leave the room. Barely do I make it to the kitchen, when I hear the pad, pad, pad of his not-so-little feet and the plaintive moan, “I can’t get to sleep!”.

This pattern has been known to repeat itself to well past 10pm, by which time – of course – he’s overtired and can’t sleep. Or his poor brain is so confused by the repeating light/dark pattern that it doesn’t know whether it’s supposed to be producing melatonin to help him sleep, or serotonin to help him wake up. And then, as you might expect, he becomes over-tired, because by now, he really does want to sleep – but can’t.

“I’m soooo tired, but my legs still want to keep moving,” he complains. I encourage him to kick his legs up and down on the bed but apparently, coming out of his room is more effective…only, it’s not.

On the two nights I’m out at band practice, I’m sure he keeps himself awake until I get home. Sometime that’s after 10.30.

When I’m not out, he keeps himself awake by constantly coming out of his room to find me. Our paediatrician pointed out that perhaps he’s coming out to check that I’m around. Even though he does know I’m in the house. I hadn’t really considered it form this angle, although looking at it through the “anxiety” lens, it made sense.

“Maybe you should try the “check-in” method,” she suggested.
“The what?”
“The check-in method.”

Instead of your child coming out to see you on whatever flimsy pretext they’ve invented, she explained, you go in to them. You go at regular intervals, starting off very small and gradually getting bigger. It’s a bit like controlled crying. But the idea is that they stay in their bed and wait for you.

“Start off with coming in every two minutes,” she suggested, “then you can build it up to three, four, five, ten and so on.”

It was worth a go. Nothing else was working! His tiredness fed into his morning anxiety about school and naturally, getting up in the morning was also harder because he was tired.

Once home, I scribbled down my thoughts:

It looked easy. The last part was for me to follow – poking my head around his door regularly, to reassure him that I was there and would be coming back within a defined time. It might seem a bit disruptive, but my evenings were already significantly disrupted. This way also meant he was more likely to stay in his darkened room. And, I thought, perhaps I could link his pocket money to this, with a bonus if he got ticks each night for the key elements of his bedtime routine.

I explained the concept to him. Like me, he was willing to give it a go. Getting pocket money for staying in bed was more appealing than pocket money linked to keeping his room tidy. And the concept of a bonus was also attractive!

It’s early days. We’ve done this three nights running now. He came out twice on the first night, once on the second and none at all on the third night. Tonight is Friday – “movie night” – so I told him we’d push the routine back by an hour or so. I wonder how we’ll go? I’ll let you know.

For now though, sleep well and Happy Wombatting!

Post script: The movie night worked well. We’re now into week 2 of the “check-in” strategy. So far, so good. Long may it last!

There are lots of suggestions for what you can do to help your child establish a good bedtime routine. I’ve listed a few below. What works for one child mightn’t work for the next, but there are some common themes.

Drop me a line if you know of others! 🙂