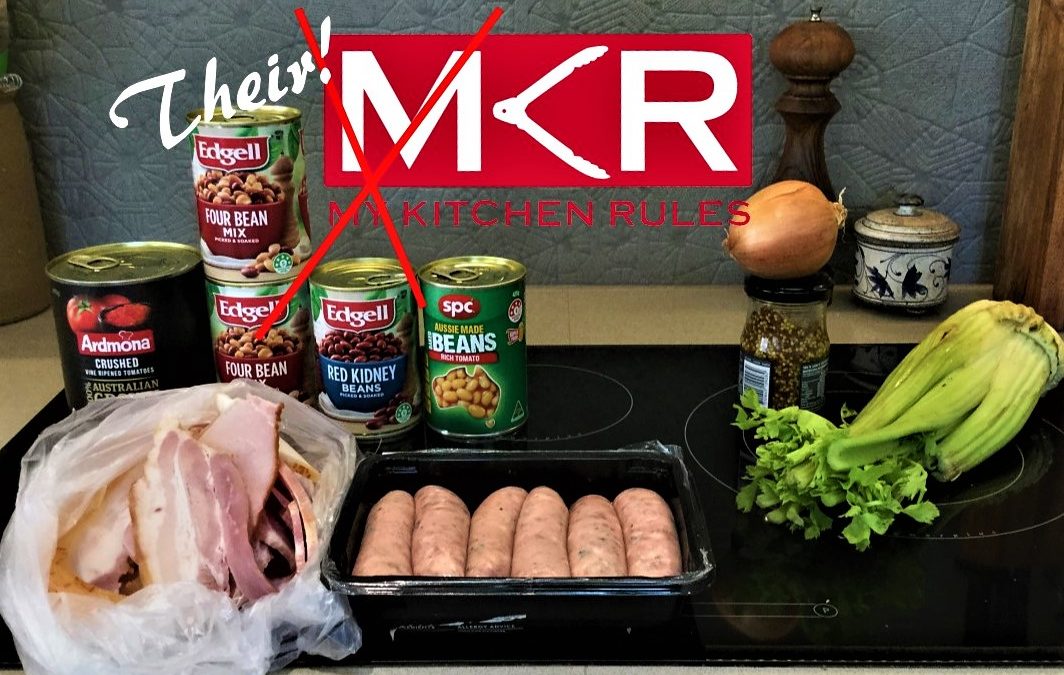 Are your children fussy eaters?

Yes!
Are your efforts to disguise vegetables in mashed potato and fritters failing?
Yes!
Are doormats the only fibre they regularly touch?
Yes!

The list could go on. I’m sure you have your own. You’re probably all thinking, “Been there, doing that!” Kids can be fussy eaters.

Children with sensory and other issues (e.g. food the wrong colour/shape/size) can make meal preparation an excruciating exercise in imagination and teeth grinding.

“What do I make to fit the bill?”
“I went to all this trouble and you’re still not eating it”?
You just want plain pasta/white bread/biscuits/you’re not hungry any more?”.

I don’t mind cooking when there aren’t time constraints. However, it’s different during the week. Or when I’m tired. Or busy. Or when I don’t feel like cooking. Or when…hmmm – I’m seeing a pattern emerging…!

With underlying autoimmune disease in my immediate family, including a strong propensity to Type 1 diabetes, I’m acutely conscious of the need for my kids to eat as healthily as possible. So I find it frustrating to feel like I’m being held hostage on a regular basis, by a couple of grumpy food critics, in an episode of TKR (Their Kitchen Rules…). This somewhat tarnishes the delightful monotony of preparing the weekday evening meals. Especially as my brood are way past the stage when I can zoom the nutritious stuff into their mouths on the “Here comes the aeroplane” spoon. No matter how appealing I try to make the meals, I feel like I’m fighting a losing battle with half my kids. My daughter, bless her, still values the threat of “no dessert” and eats up – saving the worst till last.

Luckily, though, I’ve discovered one dish which works every time: baked beans. Yes – really! Bear with me on this.

Baked beans are one of my comfort foods. They conjure up easy Saturday or Sunday night dinners with my own brothers and sister. I have happy memories of a cosy kitchen, standing at the toaster making still more toast, or grating extra cheese for the empty bowl.  Our beans were the gourmet variety – out of a tin, yes, but with parsley and grated cheese on top! Yum! Seriously, I really do enjoy them. My kids did too, when they were younger. However, they got past both double figures and baked beans, until a couple of years ago. That was when I tried a homemade baked bean recipe from a children’s recipe book that my daughter was given when she was four. (Scary thought – she’s now eighteen!)

Mm-mmm. That recipe took baked beans to a whole new level, and gave me a great staple meal which was tasty, nutritious, appreciated by all four children, and – woo hoo! – quick and easy to make. Yippee – I’d won the food quadrella! Importantly too, it’s relatively inexpensive.

Now, if your fussy eater doesn’t like red food, tomatoes, beans or sausages, this is not the dish for you. Sorry. But if there’s a spag bol or taco lover in the family, chances are that they’ll enjoy it.

Over time, I’ve adapted the recipe according to available preparation time, and what half-open jars of red stuff in the fridge need using up! Of course, the more you put in that needs chopping, the longer the recipe takes to prepare. I’ve got it down to about 10-15 minutes.

We have six to feed in our family, and our oldest boy often wants seconds, so the recipe below caters for six to eight generous serves, depending on the sizes of the stomachs you’re feeding. 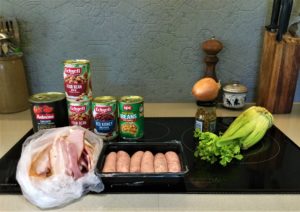 Now for the tins…

Everything that’s starred (*) is optional. If you’re short on time or ingredients, it won’t overly matter if they’re left out. But they add flavour, bulk and a few more nutrients if you do have them.

If you have time to leave it to simmer, cover and leave for 20-30 minutes, stirring occasionally. Otherwise, if you’re in a tearing rush, it’s ready to eat as soon as the contents have been heated through. (Remember, you have already cooked your meat.)

I hope this recipe might help some of you in your quest to nourish your fussy eaters.

Until next time, happy eating and Happy Wombatting!