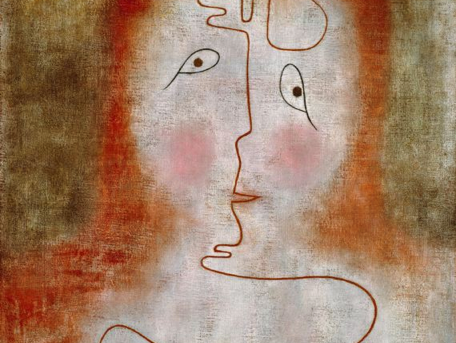 The play therapist looked at me in astonishment. “That was better than last time,” she commented, in the understatement of the year.

“Last time”, Dancing Wombat was being held down on her hospital bed while the anaesthetist administered the anaesthetic via her oxygen mask. The play therapist had looked on, helpless, the hospital iPad redundant in her hands, as my daughter decided to fight and reject every possible way to make it easier to receive an anaesthetic as anxiety suddenly overwhelmed her. The process was distressing for her and for me. I felt impotent in the face of her anxiety and concerned that if she linked anaesthesia with being restrained, things would only get harder the next time around.

One advantage of an enforced stay in hospital is that you have lots of time to think. Dancing Wombat would have at least one more anaesthetic in the following weeks and I was determined to find a way to help her manage more calmly. Restraint would only agitate and distress her more, and my word – she can be strong when she chooses.

My girl is no stranger to anaesthetics. Nevertheless, things change with time. Her reaction at seventeen is different from her reaction at seven. However, now I knew exactly what I was working with. Play therapy worked – to a point, being the point of receiving the anaesthetic (induction)! Masks were no good. Injections can’t be given to someone flailing around on a bed. There had to be a better way.

Snoozing off the anaesthetic, her arms were splinted to stop her reaching her nose and pulling out the packing from inside. For someone who has some extreme sensory responses, she was having to manage a lot. I started scribbling down notes as I sat beside her, thankful that her drowsiness allowed me to concentrated on my thoughts.

Is she worried about “going to sleep” or the process of going to sleep – the induction process?
Hmm, I think it’s the latter.
Does she understand what’s going on?
More or less, but primal fear overwhelms logic when push comes to shove. The play therapy was great in the pre-op ward, but it was ineffective just before theatre.
Oxygen masks?
She hates the mask.
What about injections?
No injections…but she has to look when she does have an injection.

Looking down, I considered my scrawl. I still couldn’t see how or where things could be done differently. Then I spotted the cannula in her hand.

A cannula is like a little straw placed in a vein which allows fluids to be easily administered without the need for multiple injections. This could provide an easy way to provide her next anaesthetic and she wouldn’t need the mask until she was asleep. I duly noted this option. 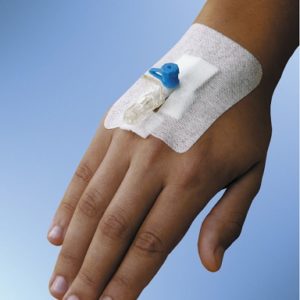 When Dancing Wombat was awake, I began preparing her for the next procedure. Pointing out the cannula, I explained that this meant she wouldn’t need a mask or a separate injection for the next anaesthetic. She was very pleased about this, and I talked about it with her several times over the next day and a half to reinforce this in her mind.

We had a long wait when the time finally came for the follow-up procedure. From being second on the list, we were bumped to about last. More time for Dancing Wombat to get anxious, but I reassured myself that with the cannula, it was all under control.

Eventually, we met the anaesthetist. I explained what had happened two days earlier and clearly, they had made notes! I explained her fear of the mask and he confirmed the cannula option without the mask. Phew!

After some more waiting, Dancing Wombat was finally wheeled into the little room adjacent to the theatre. The small, confined room was brightly lit and all sliver and white with equipment and supplies. No butterflies of rainbows on the walls here! And no play therapy today – it was the weekend.

So, after our conversation, what do you suppose the anaesthetist said first to Dancing Wombat?

“Would you like the mask for some extra oxygen?”

“No, no, not the mask!”
Uh-oh. Here comes the anxiety, arriving in a Ferrari at 200 kph…
“No mask? How about you could put it in your mouth, like a snorkel?”
“She really doesn’t like the mask,” I reminded him. But he certainly deserved marks for persistence.

“What about we just waft it in front of your face, so you have some extra air?”
“No, no! Take it away!”

I could understand why he was doing this. Oxygen is essential during the operation. Also, my daughter has low muscle tone and her tongue flops back very quickly, potentially restricting her airway. They were being safe.

“Could you just have the mask ready to whip on as she starts drifting off?” I asked, feeling slightly desperate as all our pre-op preparation started coming undone.

“Yes, that’s what we’ll do,” the anaesthetist agreed. And in a matter of seconds, she was sufficiently drowsy that she had no further objections, your Honour.

I adjusted my notes accordingly. Then, to help me organise my thoughts, I drew a long and complicated flow chart which became a checklist, revised and beautifully formatted by Anna, my editor. I hope that something like this can help other parents and carers organise their thoughts before a procedure requiring a general anaesthetic. In under two weeks, I’d be able to test it out.

I felt comfortable that I had narrowed down the best way to help Dancing Wombat be relaxed before the induction process. This involved play therapy, a cannula, and – most importantly – having the cannula inserted in the cheerier, open atmosphere of the pre-op ward, not the confined antechamber of the operating theatre. Hopefully the medical staff would be open to this.

Sitting in front of the next anaesthetist, I answered all her questions, then went through my checklist. “Would it be possible to insert a cannula in the pre-op ward?” I asked, a bit hesitantly. “I really think it will make a big difference to her.”

“Certainly,” said the anaesthetist. “That’s no problem at all.”

She looked at it carefully. “Well, we already have a list a bit like this,” she replied. “But if it helps the parents to organise their thoughts, then it helps us.”

She noticed the “if all else fails…” bit at the bottom of the page. “We can also give your daughter a pre-med, a little drink to relax her if we need to.”

“That’s good,” I said. “No-one has ever mentioned that before.” Thinking, it would have been very helpful two weeks ago!

After another long wait, during which we were both getting very hungry (although at least I’d been able to eat breakfast!), we were finally called through to the pre-op ward. I spoke to the nurse bringing us in. “Can my daughter please get a cannula inserted before she goes into theatre?”

“Oh, I’m not sure about that,” was the reply. “I’d have to check with the anaesthetist.”

“Oh, well, if you’ve already spoken to her… Does she have numbing cream on?”

“It’s been on for the last four hours,” I said grimly. And then we were in the ward, at the bed, and left in the charge of another nurse.

“I’m not sure, sweetheart. Maybe.”

Then, joy of joys, around the corner came the same play therapists as we had seen before. Dancing Wombat’s eyes lit up. “Do you have the doll?” Last time, she had been “nurse” to a doll, taking its temperature, checking its blood pressure and other things. It was a big hit, but the iPad held a greater attraction. As we were chatting, the anaesthetist came over. It was time…

Both anaesthetist and nurse were very cheery. The play therapist held the iPad while Dancing Wombat watched the preparations. The anaesthetist stood by the bed, and picked up Dancing Wombat’s left hand to wipe off the numbing cream.

“No, not there, on the bed,” my daughter ordered. That was funny – she usually tells me to get off her bed when I sit on it! The anaesthetist smilingly obliged. I held my breath as she held my daughter’s hand in one hand, syringe in the other.

There. It was done. No struggles. No complaints. No firm holding needed. Nothing. My girl was a star. I grinned at the play therapist. “That was better than last time!”

“I don’t think you’ll be needing the pre-med,” the anaesthetist said to me.
“No, we won’t,” I agreed. “Thank you so much for doing it like this. It’s made the world of difference.”
“You’re welcome,” she replied. “It’s good for everyone.”

“I’ll be writing this up in my notes,” the play therapist next told me. “This will be her Induction Process from now on, and it will appear as an ‘FYI’ on her hospital records.”

Excellent. So the next time we’re in, it will be there automatically.

While we were waiting, I showed the play therapists the checklist I had written, and found out some more useful information. Admittedly, this was specific to the Royal Children’s Hospital in Melbourne (“RCH”), but other paediatric hospitals might have similar things. I found out that:

I hadn’t known any of this beforehand, and this was now the fourth time in three years that Dancing Wombat had undergone a procedure at the RCH. There is information about this on their website, and there’s even an RCH app, but I’m not one to look at hospital websites. It wouldn’t even occur to me. We fill in the paperwork, get contacted about dates and fasting times and that’s it.

Now, the possibilities were opening to me. How many other families would benefit from knowing this?

Because of my daughter’s sensory challenges, she almost always needs a general anaesthetic for procedures which most other people can have done under a local anaesthetic. This sort of information is vital for us. And we’re not alone in this. 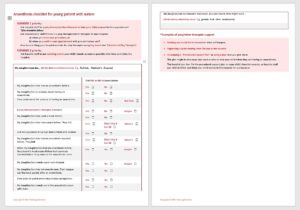 Anaesthesia checklist – check it out and send us your feedback!

So, if any of you have children facing a procedure requiring an anaesthetic, I encourage you to:

I’d love your feedback on the Anaesthesia checklist – things to add, things to alter. Do you think you’d use it? Or give it to someone else to use? Let me know!