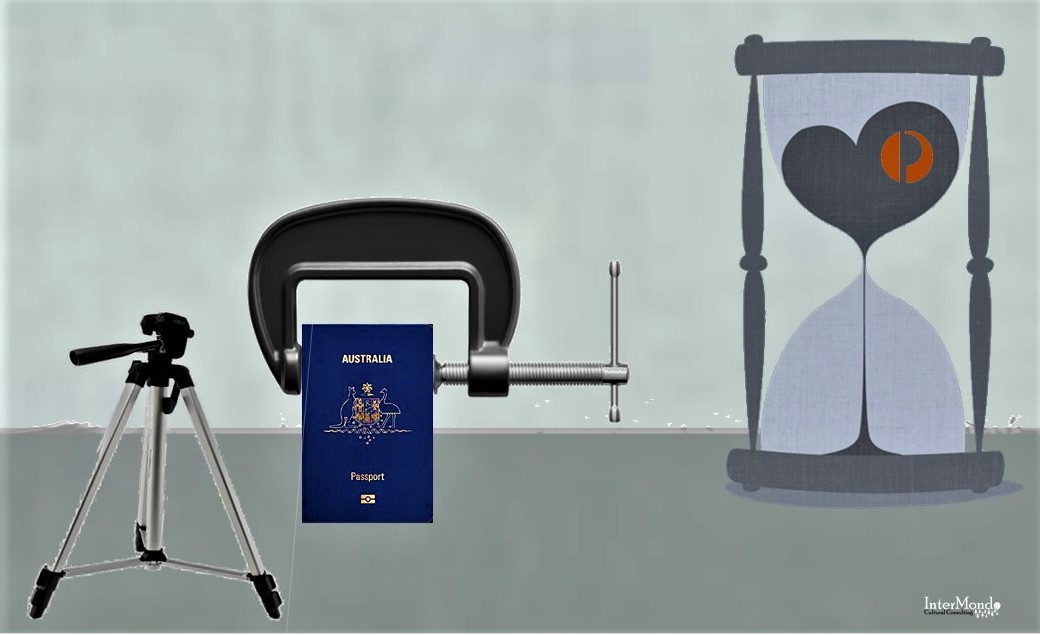 All I wanted was a passport-sized photo for my daughter. The sort that you need on a travel concession card, that you can get in under two minutes at a photo booth. Simple…in theory.

A photo booth photo would have been fine for my boys, but not my daughter. This required a trip to the local post office. Thus I found myself standing anxiously a few steps away as the lass behind the counter, Eliza, patiently coached my girl in how to face the camera.

I think I was as anxious as my daughter, but for different reasons. I worried about her testing the photographer’s patience, holding up the queue, making a scene. Would she feel embarrassed by having her photo taken in public? Would she just give up and sit down, head in her hands, mutely shaking her head and loudly refusing to just have one “last” go – again?

She stood in front of the camera, head down and eyes shut.

My daughter jerked her head up, eyes still closed. Her mouth opened wide in a yawn – one of her “anxious” tics. She fiddled with her bra straps while Eliza waited patiently.

I was cringing inside, desperate for my daughter to just be able to do this one “normal” thing. There. I’ve said it. Normal. Normal, normal, normal. It’s a word I usually avoid.

“Head down a little.”

Her head went back down.

“Now, just close your mouth and open your eyes.”

She closed her mouth, catching her bottom lip in her teeth, while her eyes opened a fraction.

“Please. Open your eyes wide,” I pleaded. “Just for three seconds.” Three being her favourite number. We weren’t at the optometrist, I figured. Surely she could keep her eyes open for the brief amount of time required to take the photo.

Her eyes flickered open, and the camera clicked. But it wasn’t enough. Her eyes weren’t open sufficiently to actually see them, and even if they had been, they weren’t open long enough for the camera – fast as it was – to take the picture.

The next twenty-three minutes passed in a sort of excruciating “whack-a-mole” game, as we tried to get the perfect combination of head up, mouth shut and eyes open.

We’d get one thing right, then something else would crop up.

She’d shut her mouth, but put her head down.

Open her eyes, but turn her head away.

Intermittently yawn and fiddle with her bra straps.

Put her head up but have her eyes downcast.

I was starting to despair.

“It’s because I had a bad sleep last night,” she told me, yawning loudly again. At 4.00 in the afternoon. One of her verbal “anxious” tics. 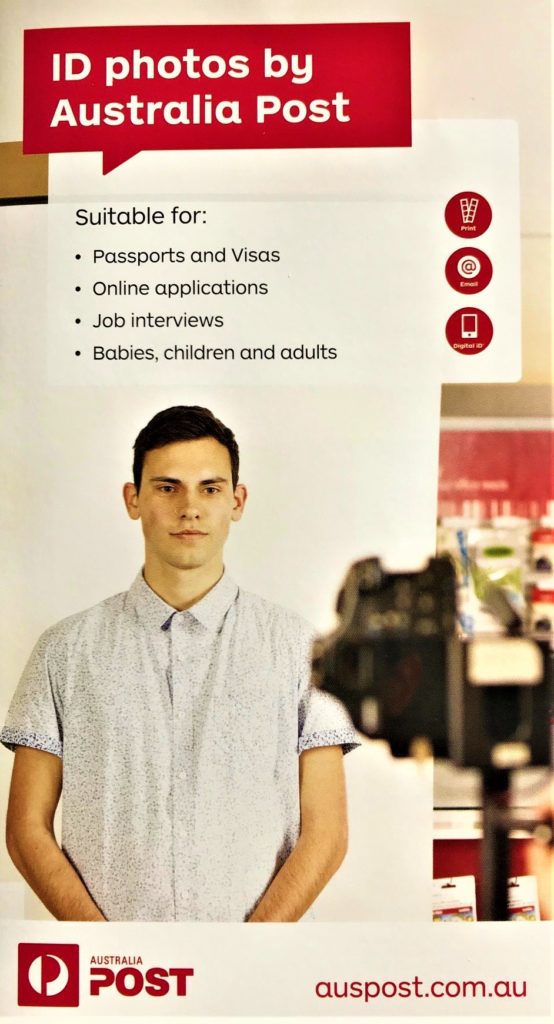 Just stand still in front of the camera, eyes open and head up. Simple, right?

It’s a word I usually avoid, not wanting to restrict the bounds of normality. What is it, after all?

Well, in this moment, “normal” for me was what most people around us could have done – stood still for three seconds, faced the camera with their eyes open and had a picture taken.

Unprepared for the apparently simple

Because of my expectations, the easiest things can sometimes become the most difficult.

I think I approach hard tasks with a different mind-set. I’m more mentally prepared for them to be challenging, so when they are, I manage. Conversely, though, I know in my heart of hearts that a seemingly simple task might be difficult for my child. I live in hope that today will be the day when everything “clicks”. When it doesn’t, I’m not as emotionally prepared. I’m upset for her and the difficulties she’s experiencing.

But I also suffer that pang of heartache that every special needs parent faces when their child struggles with something that most kids do without thinking.

Meanwhile, through it all, Eliza stayed patient and unfazed. I kept apologising for the time it was taking and thanked her for her patience.

She had it in abundance and was replenishing my nearly empty supply with her gentle kindness.

We were running out of ideas. The effort was exhausting my daughter, and she tried to sit down on a step-ladder leaning against the wall nearby. Quick as a flash, Eliza found a seat for her. Then, trying again with the hand-held camera, she was finally able to get a shot that the other three post office workers (including her supervisor) agreed was adequate for the task. Phew. Relief all around.

The print-out contained six little mugshots, so we have a few in reserve. A digital copy was emailed to us, so we also have that if we unexpectedly need more pictures. I’m in no hurry to repeat the experience!

What got us through all this was Eliza’s patience. I’m so thankful for it.

I sometimes wonder if I’m “over-grateful” when someone extends a common courtesy, such as patience. Perhaps I am, because it’s not as common as we’d like to think. Perhaps I am because it means so much more to me and my daughter, and makes a significant difference to what she can achieve.

So a big “thank you” to everyone out there who helps us all through our day with a smile here, a kind word there, or a bucket-load of patience when our own well is running dry. And let’s be mindful of returning the favour, when we are in that good place of plenty.