The end of Year 12 approaches 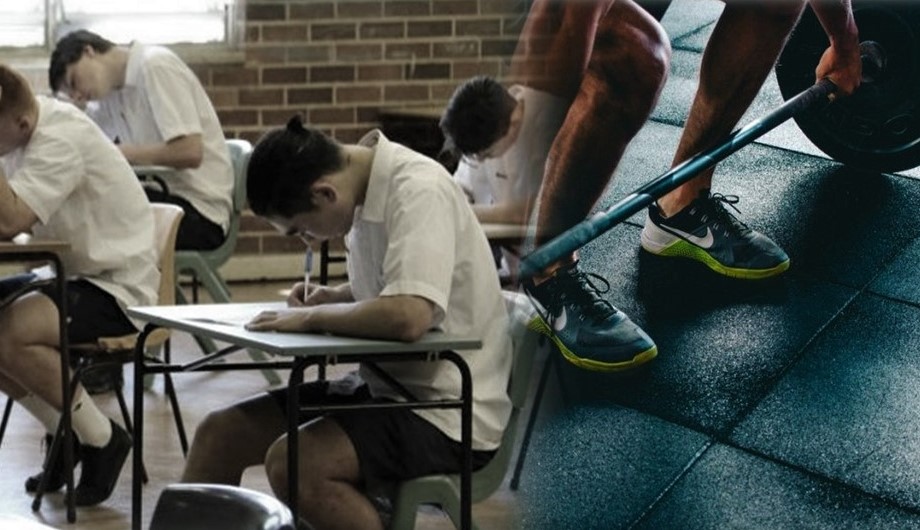 The other day I dropped my oldest boy back to school after a spare period. Or rather, he dropped himself off. We used the brief opportunity for him to practise his driving a little more. He’s growing up.

It doesn’t seem that long ago that I was walking behind him as he rode off on his bike to primary school, or farewelling him as he walked to the station to take the train to the school of his middle school years. Surely not that long ago when he’d snuggle on my lap as we watched TV together?

Of course, it is that long ago. Now, my 18 year-old son is mere weeks away from the end of his secondary schooling. This is an achievement for any student, but in his case, the journey through school has been more torturous than for many, if not most, of his peers.

As a young man with autism, it has proven both a strength and a burden.

My son is articulate, witty, academically bright and good with his hands. He has a phenomenal memory, especially when it comes to anything train-related. He’s loyal, sensitive and kind, although as many parents of teens will agree, we often seem to experience more of the “rough” than the “diamond”!

But – and there is a “but” – interpretive analysis* and executive functioning** are not his strong points.

So step into his shoes for a moment and imagine how hard school became after the early, joyous primary years.

People with “high functioning” autism are so often misunderstood. Even we – his parents – struggled in the early days to understand why he just didn’t get the “boring” work done quickly to get to the more challenging and interesting stuff. It wasn’t through any lack of capability.

When he first wanted to move schools, we refused. He had better support, we believed, where he was. Teachers were already trying to accommodate his different way of learning. Surely moving to a new environment would be too much for someone who didn’t like change. And wouldn’t it set him back trying to build, within a new school, the support networks we had already established in the old one?

But that’s the thing about life. All of us  are on different paths, although we share the same goals. We – me, my husband, our son – were all traversing and testing unfamiliar pathways towards how best to support this unique individual.

Over the years, we’ve discovered that while you can read books, talk with psychologists, read of and talk to others about their own experiences, it still comes down to trial and error for your own child. So, in our imperfect humanness, we were awkwardly working out strategies to manage (if not overcome) things that he found difficult, and to enhance and develop his many strengths.

Events in our lives are like a stone thrown into water. There is a ripple effect. The closer you are to the stone, the stronger and more disruptive the ripples. When a child is struggling, the parents are inevitably, invariably affected.

The emotional effect is the strongest. It tears at your heart to see your child in a bad place.

But if we have had plenty of heartache, our son has had more.

School has been particularly hard.

The wheels really started to fall off in Year 6, and we limped through Years 7 and 8. Some of his teachers were fabulous in understanding and supporting his modus operandi. Others, less so. He was bullied and while he had a couple of good friends, he felt largely bereft of a wider social group. He still harbours anger and resentment towards us for what he went through, and significant vitriol towards that school in general and its student cohort in particular for the pain he carries from those years.

Hardships bring their own learning and understanding.

That was us, particularly through the middle of his Year 7 to Year 8.

We had multiple meetings with teachers, had a psychologist and paediatrician on board.

We adjusted expectations around homework.

We set up an “escape valve” system where he could leave the classroom if things became too overwhelming.

We made other small adjustments to try and help him cope.

We adjusted our expectations at home in terms of his helping out with chores.

All through this time, we tried to let him know that we loved him and were trying to support him as best we could. Yet there came a time when we’d never know from one minute to the next whether things had become too much and he’d run away from school. Thankfully, always back home. But it was always nerve-wracking and it wore us down, individually and our family unit.

Things came to a head at the end of Year 8 and we needed to change schools – just as he’d been asking.

Year 9 at his new school was a fabulous year. He settled in well, achieved well academically and socially. He was happy. To measure it quantitatively, he won four achievement awards and earned a place on the Year 9 exchange trip to France.

But this didn’t last. Midway through year 10, he became ill, suffering significantly from depression. He withdrew from school altogether and eventually somewhat from us, moving out of home at the end of the year. The boy who only weeks earlier was dreaming about getting a scholarship and studying at Cambridge now contemptuously dismissed the idea of formal education altogether.

Back on track and nearing another milestone

That was a hard time, but hardships bring their own learning and understanding. To our great joy and relief, five weeks into Year 11, he re-engaged with school and moved back home. Hard as it was while he had moved out, he is much more mature and wiser as a result of this brief experience. He has an insight into life that many of his peers lack.

And now, here we are. The end of VCE. Two years ago, we hardly dared to hope it. The boy who went to hell brought himself back. Yes, we were there beside him all the way but part of our feelings of helplessness came from the fact that ultimately, our son had to make the choices. He had to take the steps. As the saying goes, you can lead the horse to water, but you can’t make it drink. Sure, the VCE isn’t the be all and end all. It’s a stepping stone.

As I watched him studying for his practice exams, marking off the hours on a time sheet he made for himself, I’m reminded of our exhortations over the years to try and get into a good homework/study routine “to prepare you for Year 12”. We despaired that he never seemed to study in a systematic way, halfheartedly reassuring ourselves that his prodigious memory and intellectual capacity would see him through. Well, here he is, practice exams completed and I don’t think he has ever studied more diligently in his life.

As he’s become more settled with who and how he is, and we’ve learned better how to support him, family life has become calmer.

It has been a year without drama and distress.

A good year for us all.

The turbulent years leading up to this year have been times of learning for all the family. As a mother, I’ve almost completely overturned what I considered to be “good parenting” principles and practice. The practical ramifications of this are often tricky to manage when siblings struggle to accept what they perceive as unjustified differential and preferential treatment for another.

Teaching them the subtle differences between equity and equality is important.

Parenting is, without a doubt, the hardest job that I’ve ever had. It is also the most rewarding. Reflecting on my son’s – and my – journey from Year 7 to Year 12,  I’ve learned some key things that I’d like to share. I need to keep:

And finally, I’ve learned that sometimes all I can do is pray, hold my breath, bite my tongue, and give them chocolate.

Now, where did I hide that last block…?

*Interpretive analysis includes ability to understand subtext and nuance in different situations; ability to “read between the lines”.